The second chapter, after our debut EP "Dead", is available on Bandcamp & your streaming platform of choice. 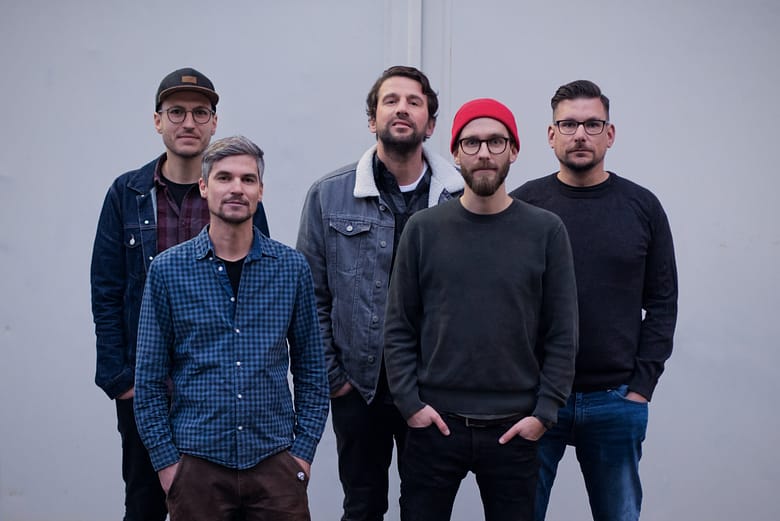 Farewell Signs, a five-piece hardcore outfit from Southern Germany, show exactly that. Their songs deal with loss, saying goodbye and the derived perception of arbitrary coexistence.

A group of friends, previously active in bands like Driving The Salt, Red Tape Parade or Bridges Left Burning, whose musical paths have crossed again after many years. Driven by the urge to create an outlet for these negative emotions by forging a contemporary blend of hardcore and punk, mixed with a decent dose of rock and metal, that is still as relevant as in their youth.

Defying the challenges of adult life and thereby refusing to let those supersede creativity, the anger of youth and the desire to speak out, they prove that growing up does not equal growing old.

Farewell Signs are here to be the stronghold of what they grew up believing in and still do. Punk and Hardcore and the set of ideals that come along with it don’t have an expiration date. There is no time to resign.

Whether it is family, friendships and companions or ideals: Life is loss but there is beauty in resilience.

"Their eyes are kept on us, like vultures waiting for the next prey."

"Independence is at stake."

"We sing a stolen song. We chant a dusty slogan."

"Forget about our origins. Neglect where we came from."

"A life of illusions, ideals get burned away"

We use cookies on our website to give you the most relevant experience by remembering your preferences and repeat visits. By clicking “Accept All”, you consent to the use of ALL the cookies. However, you may visit "Cookie Settings" to provide a controlled consent.
Cookie SettingsAccept All
Manage consent

This website uses cookies to improve your experience while you navigate through the website. Out of these, the cookies that are categorized as necessary are stored on your browser as they are essential for the working of basic functionalities of the website. We also use third-party cookies that help us analyze and understand how you use this website. These cookies will be stored in your browser only with your consent. You also have the option to opt-out of these cookies. But opting out of some of these cookies may affect your browsing experience.
Necessary Always Enabled
Necessary cookies are absolutely essential for the website to function properly. These cookies ensure basic functionalities and security features of the website, anonymously.
Functional
Functional cookies help to perform certain functionalities like sharing the content of the website on social media platforms, collect feedbacks, and other third-party features.
Performance
Performance cookies are used to understand and analyze the key performance indexes of the website which helps in delivering a better user experience for the visitors.
Analytics
Analytical cookies are used to understand how visitors interact with the website. These cookies help provide information on metrics the number of visitors, bounce rate, traffic source, etc.
Advertisement
Advertisement cookies are used to provide visitors with relevant ads and marketing campaigns. These cookies track visitors across websites and collect information to provide customized ads.
Others
Other uncategorized cookies are those that are being analyzed and have not been classified into a category as yet.
SAVE & ACCEPT